It has been well over a year since we were last in Zambia.  This is a great testament to how established the project is, how far technology has come in allowing us to connect long-distance, and how incredible is the team on the ground in Kantolomba! 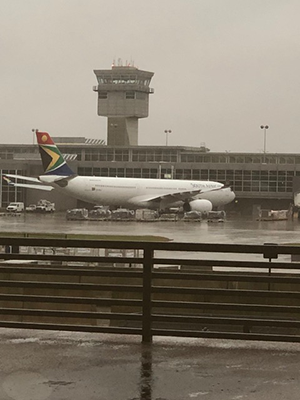 Our chariot awaits, in Washington D.C., to ferry us from cold winter rain in the northern hemisphere to midsummer in the southern.

Jen traveled without incident and arrived to a warm welcome by Theresa, Rachael, and Esther.  Rachael and Esther are two of the girls who graduated from grade 12 last year. 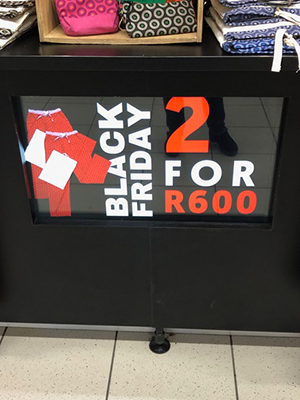 Seems “Black Friday” has made it to Africa!  This was in the Johannesburg airport. 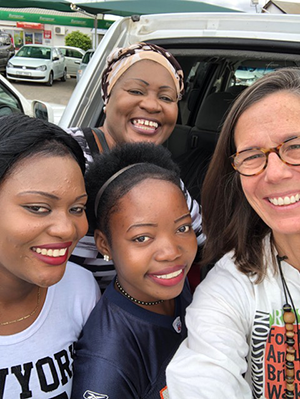 Esther, Rachael, Jen in front; Theresa in back.

The rainy season has just begun and it is beautiful.  “You are home again after a long absence,” Theresa reminds us.  Indeed!

We arrived with two giant, hugely heavy suitcases.  They were packed tightly with over 100 t-shirts from Bridge Walks gone by.   These are the handful of shirts leftover from each Bridge Walk event. After 17 years of Walks, that adds up to a lot of shirts!  Sreedevi will have several dozen more in tow with her.

This made unpacking quite festive as we sorted them into piles by size, crossing our fingers we have enough of the correct sizes for the whole cooperative team and the girls in the Girls Program. 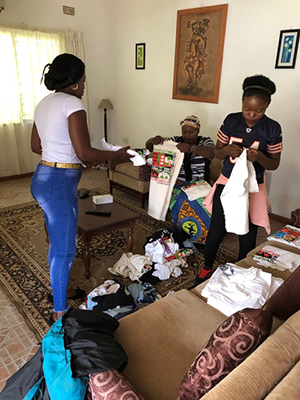 Sorting shirts. The verdict is yes! Plenty for all!

After unpacking, then lunch, we started to look at some of the books that made the journey.  One is a mock book we put together as a simple prototype of the books we hope to publish eventually.  As far as we can tell, series of books for children to use in learning how to read that feature African children and details relevant to their lives do not exist.  After getting over the shock that no one has published such books, we realized we’re someone; let’s do it!  It is a giant and incredibly fun project, and we are in the very first stages.

Rachael and Esther declared the story “Very inspiring!”  So exciting!

We finished the day with some grocery shopping, then all that was left to do was to attempt to stay on our feet, or at least keep our eyes open, until a reasonable hour when we could have a long sleep!

Taking walks in the neighborhood is the best strategy for staying awake.  This exquisitely beautiful tree rains delicate blossoms that blanket the ground. 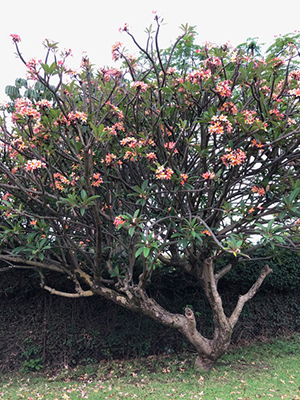 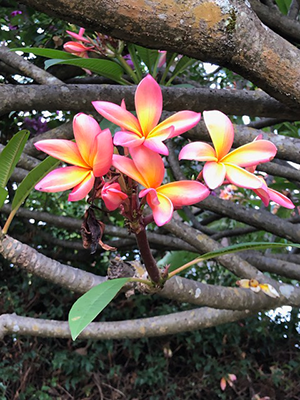 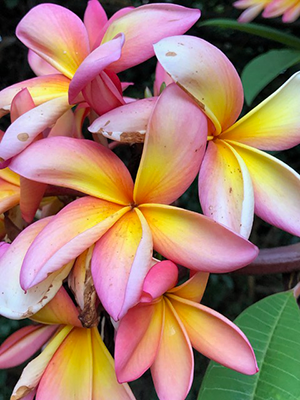